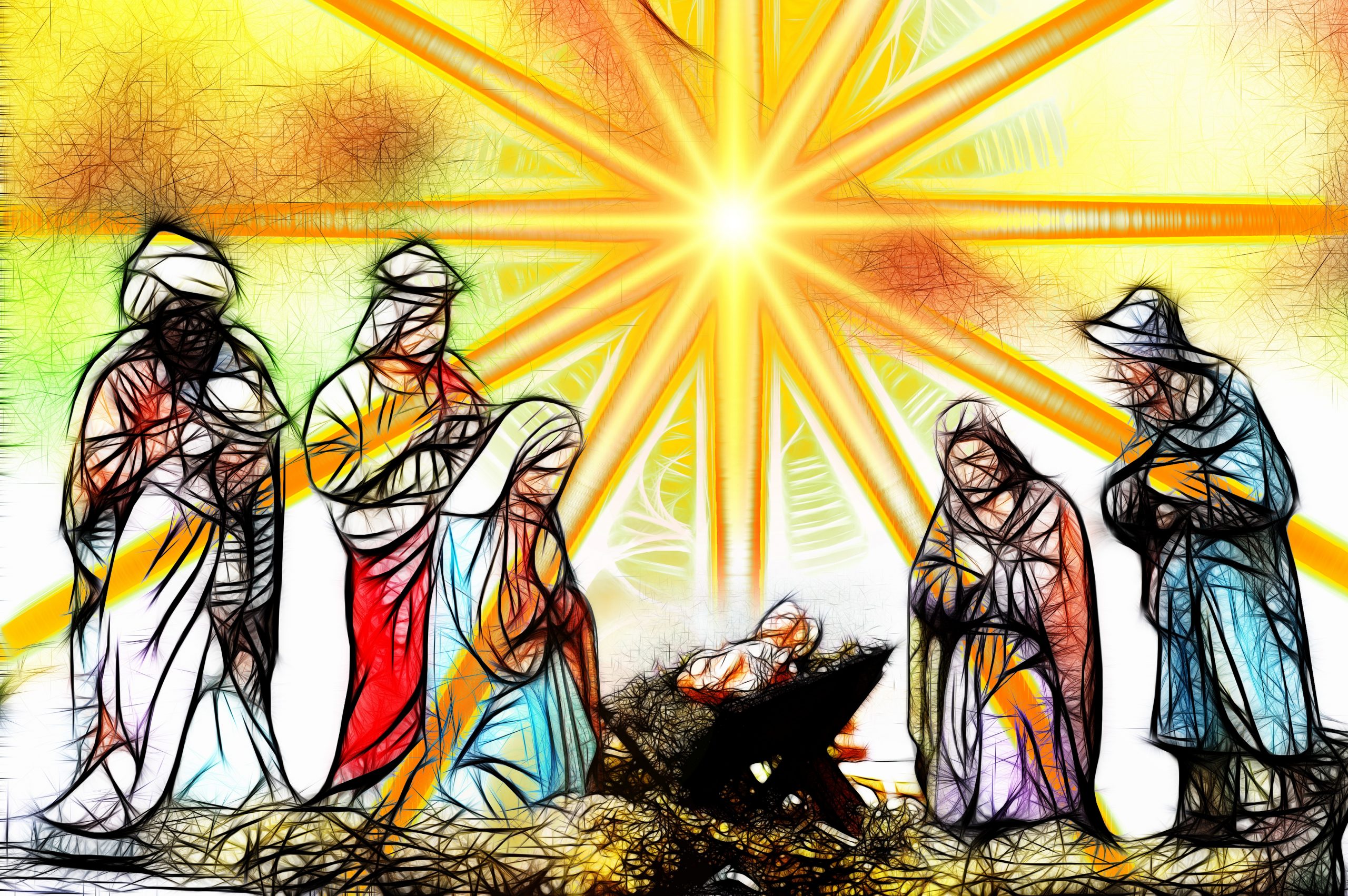 It was the second most magical moment in all of time. The first was when He created life. As the angels watched in amazed silence, God re-connected with his creation after thousands of years of separation. It had been part of the plan ever since man chose sin over Godliness. Even before He did it, He knew what it would take and what He would experience. The pain made him wince but the overpowering thought of being reunited with His creation made Him all the more willing to go through with it. He had the chance to do something unheard of. He had the chance to bridge the gap between man and God.

For a brief moment in time Heaven came to earth. All that was good in Heaven was given to the people it was always meant for. The Master finally had the chance He had been waiting for. He had the opportunity to share His undying love and unfaltering commitment with His most prized creation. For so many centuries He had longed to walk with them and talk with them. He had always wanted more than anything to personally comfort them in their time of need, to let them know that He was there and that He cared about them more than they could ever know. This was His chance. He could show them what they meant to Him.

See His energetic smile as a young boy, playing tag with His friends and taking part in the joys of His creation’s childhood. He may not have known it then, but what he was doing was something He had only been able to watch from a distance, it was something He had always wanted to take part in. Children were so innocent, they were so much more unique than the rest of mankind, yet because of man’s sin, God had never gotten to interact with them. Now He was getting that chance, and what made it even more special was that He got to do it from the perspective of a child.

Hear Him as a growing adolescent, telling jokes at public gatherings. I’ll bet He could bring the room down with laughter by sharing some of His humorous analogies. Maybe He knew then. Maybe He didn’t; but His humor came not from what life He had lived but from what He had observed from Heaven. Can you see the glow in His eyes as He sees that He has connected with His audience and that He is bringing them cheer? He would do that many years later with more serious analogies. He would later bring them not just cheer, but hope as well.

Watch him at the temple as a young teen as he asks the church leaders questions. He knew. At this point in His life, He knew who He was and what He had to do. His questions were not designed to gain knowledge. His questions were ones that would make the church leaders think. Observe the glow on His face as He sees lights going off in the heads of His audience. Finally, after all this time He had a chance to teach and interact with His children in their own world. This time He could see something He hadn’t seen before. He could see that they were listening and that they were learning from Him. It wasn’t just following commands, or trying to please Him, they were actually hearing His voice and considering His words. It melted His heart even then.

He must have loved it. His original plan was to be able to spend time with the one creation that He had made in His image and to be united with them. Because of sin that couldn’t happen, but now… Now it was different, He became one with the creation. For the first time since the Garden of Eden, He could walk among them. How it must have warmed His heart to be able to dry their tears and ease their pain. And to be able to reach out and actually touch them again, that was something He had wanted to do for years. To just put a firm hand on the back of those that were struggling and give them the reassurance that all would get better in time. It meant so much more to them, and to Him, to be able to tell them these things in person. Never before had this been possible. Their sin had always pushed them so far away from His love. This time that love was close by. He was so close that He could actually talk to them one on one in a way that they could understand.

It felt great when He saw people coming to Him for help. Never in all of time had this many people turned to Him. He saw people giving up everything they had to follow Him, which was the one thing He had hoped for from afar for thousands of years. He could do things as a human that He couldn’t do from His throne because they would feel intimidated, like their struggles were small compared to an omnipotent God. He could look in their eyes and see trust, and He could return that look in His own eyes. He could talk with them and walk with them. He could gently teach them and even more gently, correct them. The miracles He did from Heaven, He could do on earth and people could see Him doing them.

Before, people “looked” to God without ever seeing Him and trusted Him blindly. While He was a man, people could literally look to Him, and the faith they had in Him was anything but blind. The people who heard Him teach, believed, and they believed not because of the power of His words but by the power of His presence and the unconditional love that He showed them.

That was the part He enjoyed the most. He could love them. He could show them how much He loved them and once they experienced His love they knew that it could come from no other heart but God’s. He could quench the thirsty soul of the desperate. He could feed the spiritual hunger of the abandoned. His love showed the outcasts that their burdens were not just theirs, but that He shared their pain. He loved them all, no matter what the circumstance. He was a defendant to the sinful, a light to those in the darkness, a hope for those without hope, a refuge for the fearful, and a servant to all.  It was clear to them if they really opened their heart that no human could love like this.

When all was said and done and the nails had been driven home, there was no question among those that heard Him; He was God. He made His mark and His mark still remains. He showed us how to live and taught us the ways of God. He led us all down the path of righteousness, but most importantly. He loved us. He is the only example of true love the world has ever seen. The one who loves us enough and knows us well enough to never let us down, knock us out, or lead us into confusion. He enjoyed every second of being with us, and I know one thing is for sure. He is eagerly waiting, with more excitement than ever, for the day the trumpet will sound and He will get to be in fellowship with His most beloved and precious creation again. He loves us, and someday

He will come to lead us home.