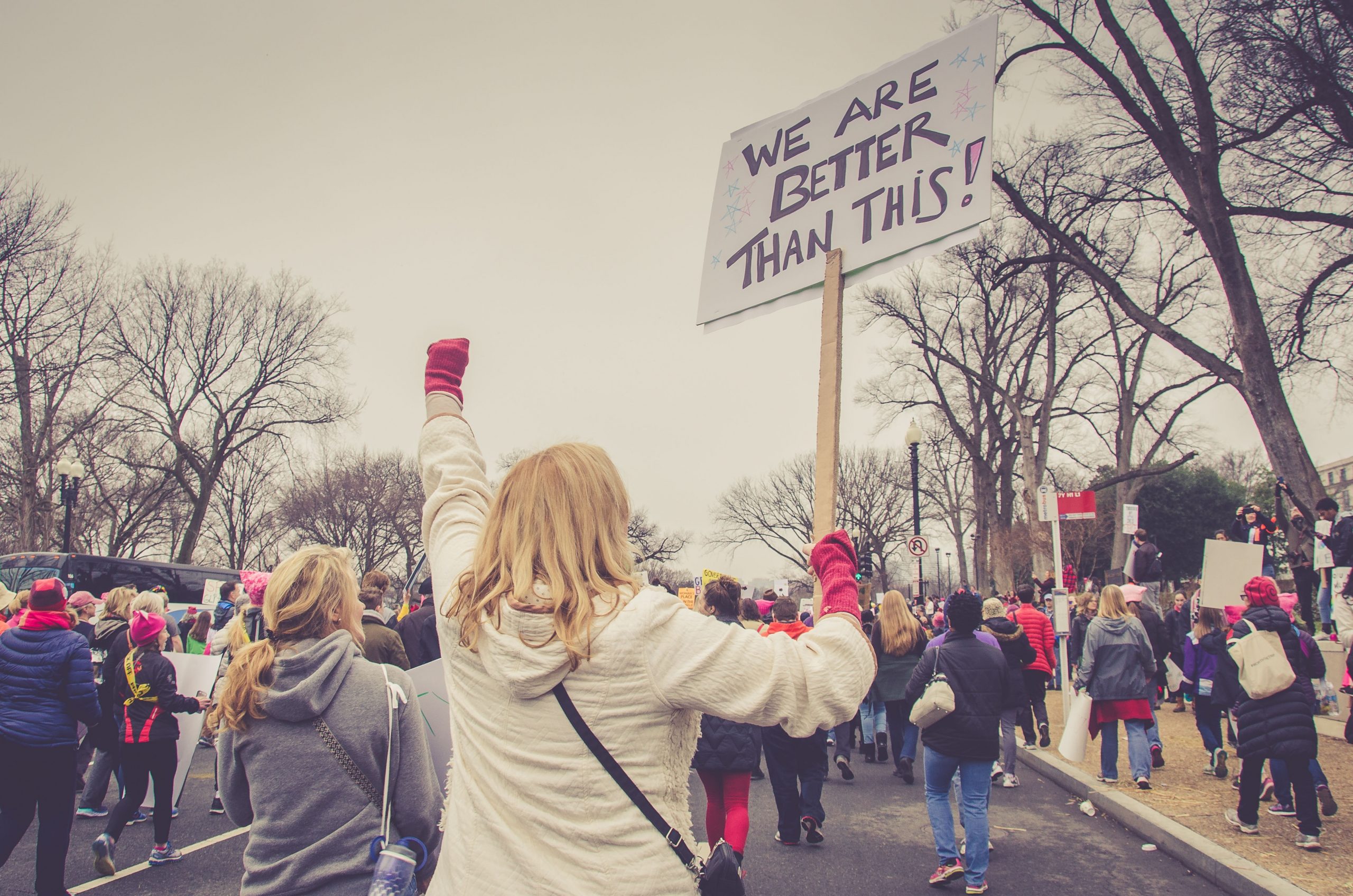 As a Christian, I have been struggling with my own response to all that is going on in the country right now. I confess, I can get riled up in a “New York minute”, as they say, watching practically any news media. Politics couldn’t be more polarizing and it’s hard not to get sucked up into it because it is on the minds of just about everyone, all the time. When I forget that I am a citizen of Heaven and I fall for Satan’s distractions, in my humanness I want to plant my feet firmly in a hole, fill it with concrete, let it dry and never be willing or able to move an inch, in a fight to the death. “How dare they…” quickly becomes my mantra.

Grace though, is quite the opposite of politics. Grace doesn’t allow me to focus on myself and my “rights”, it doesn’t allow me to “put up my dukes” either physically or verbally to defend a political position, all the while offending and alienating human beings who need to see and know the love of Christ. Rather, grace demands that I listen; that I let offenses “roll off my back” in the name of Christ, who created that person in His image and loves him or her just as much as he does me.

If, as a citizen of Heaven, I desire to live a grace-filled life, properly reflecting my King, then I must resist the anger of politics. I must be willing to look past the politics and see the person. After all, I haven’t noticed anywhere in the Bible where Jesus gets stuck in the political “concrete” of his day. Jesus was always willing to engage with anyone no matter their skin color or social status. He hung out with criminals and religious leaders, the poor and the wealthy, the exalted and the shamed. But Jesus wasn’t interested in fighting about the issues. He always went straight for the heart.

The religious leaders of the day thought they had a handle on God, but no matter how the conversation began, Jesus would turn the dialogue inward, exposing how their hypocrisy and self-righteousness were an offense to God, actually keeping them from experiencing a real relationship with Him.

Jesus said that he didn’t come for the healthy, but the sick and he demonstrated that throughout his ministry by physically healing the sick and spiritually healing the souls of the truly humble and repentant. Although the rank and file wanted Jesus to be their political leader, he never stood to give his first “stump speech”. Rather, he spoke over and over about truth, love, forgiveness, salvation and eternity.

I am recognizing that when I get too caught up in politics and the frustration and fear of all the civil unrest, grace quickly begins to erode in my life. Christians are supposed to love and lead gracious lives that attract people in a dark world. Living a life marked by grace looks welcoming, kind, considerate, generous, empathetic, thoughtful, humble and tactful and I find it really difficult to genuinely be these things while being really fired up and angry at the same time. Anger is not usually a precursor to leading someone to Christ.

Perhaps I may need to tamp down the 24hr news updates or, God forbid, remove Facebook from my phone. The fact is, the more my “blood boils” in anger and the more I view “the other side” as the enemy, the less I look like Jesus. As a Christian and foreigner in this land, I need to constantly remind myself that this world is temporary, God is in control and it is the souls of men that should be my utmost priority.

To contact or read more poems and articles by Stephen please go to: http://www.faithwriters.com/member-profile.php?id=68560